Silver much like gold has a long history with mankind. According to history silver mining can be traced back to almost 5,000 years ago and traces of silver mining activities in Turkey and Greece still remain from 3,000 BC. The ancients remarkably knew how to refine silver by heating the precious metal and running cold air over it, this process is a difficult and cumbersome task, but due to the demand of silver even back then warranted refining it. Silver has many uses besides making jewelry and silverware (these are made using sterling silver which is an alloy that contains 92.5 % of silver that is mixed with other metals to hardened the metal), pure silver is one of the best electric and heat conductor known to man and as such the manufacturing industry often purchases silver for this purpose.

In the precious metal industry people buy and sell silver bullion much like how they buy and sell gold bullion, however due to the relatively low prices of silver bullion it is rarely traded physically. Most people however do buy silver coins which often appreciate in value as time passes by, besides it is easier to sell silver coins than it is to sell silver bullion because collectors buy them as a hobby on top of buying them as investments. Even though silver carries a much lower price in comparison to gold it is still looked upon as a major commodity in the precious metal market and people look upon silver as a safe haven to protect their wealth much like they do with gold. One good thing about silver is that people can easily afford them making it a favorite ‘saving factor’ for low and middle income earners as during times of trouble and financial gloom, silver often appreciates in value giving investors a reprieve from falling currency values. 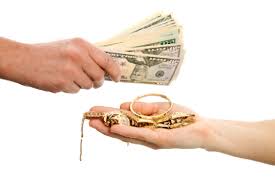 Silver has always been considered the side kick for gold; however the history behind the shiny metal is no less exciting and attractive. There have been as many wars fought over silver as there is over gold. The opium wars between the British and the Chinese were fuelled by silver more than it was by opium. Silver has been used as currency much more than gold has ever been and the fact that silver is more abundant than gold, it naturally has more tragic stories to tell than its overbearing partner gold. Silver has been and will always be considered as a safe haven for people to keep their wealth safe as silver, mush like other precious metals is unlikely to lose its tangible value.